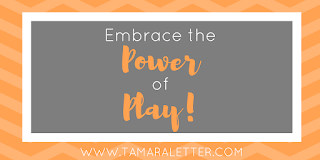 It started with a simple request from a first grade student. “Can I go sit over there and look through my Pokemon cards?” The school day was done; children were seated in straight lines through the hallway waiting for their daycare vans to arrive. This particular child was one whose body was always in motion, moving here and there and everywhere.

I quickly gave permission, after all it was after-school time and perhaps this low-key activity would keep him calm and content. My hunch was correct as he spent the entire time seated, completely immersed in his small deck of well worn, half-bent cards.

Other students quickly noticed and asked to join him, so a small group formed, all focused on the names, illustrations, and point values shown on the face of each card.. When their daycare vans arrived, they gathered their cards and headed out.

Now I will be honest with you – twenty years ago when these Pokemon cards had their first introduction into my instructional realm as an educator, I may not have been so understanding. In fact, my memory makes me cringe a bit as I recall the various toys and trends that students have brought into the school building that made their way into the back of my desk drawer.

But I am wiser now and a bit more patient. I see value in using whatever tools I can to engage students in conversation, in discovery, in sharing with others. From fidget spinners to silly bands, there’s always an opportunity to use what students love, we just have to shift our mindset.

As I was leaving the building that afternoon, another teacher passed by and commented about students bringing Pokemon cards to school. I think I may have surprised her with my interest, because I immediately started chatting about all the ways you could use them in the classroom for instruction. Intrigued, she walked a little closer and we continued our conversation as I explained how my eight-year-old plays with them at home with me.

“See, each card has numbers on them that represent different things. You could easily tie this into a math lesson as students compare numbers, add, subtract… students could write stories about Pokemon characters or even design a new Pokemon to sell on a trading card. The sky is the limit!”

Lucky for me, this teacher was open and willing to try something new, so we scheduled a time for me to come in and do a small group math lesson using Pokemon cards.

Oh, how I wish you could have seen the JOY on the students’ faces when they saw me at the table holding Pokemon cards! They were in shock! They couldn’t believe we were going to use them IN CLASS!

I worked with a small group of five students and had to start quickly because each rotation was only 15 minutes. I began by spreading out the cards so the students could see that, yes, we really were going to use REAL Pokemon cards in our lesson! 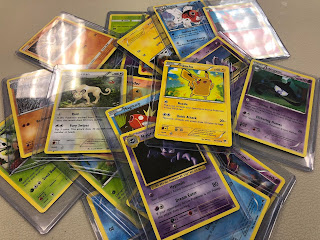 I flipped the cards over, mixed them up, and had students select two cards. They used their iPads to log into Seesaw and take a photo of the cards they had chosen. Then we talked about the numbers on the card and how we would use their health levels (the number in the top right corner of each card.)

Students were directed to use the digital pen tool to circle the key numbers on top of their photo then complete a specific task with the values. When finished, they tapped the record button and read what they had written, uploading their work to our Seesaw journal.

Since I was working with small groups, I could easily differentiate the lesson based on students’ individual and collective skills. For one group, I had them compare the health levels to see which Pokemon was healthier, then showed them how to rewrite the numbers using comparison signs.

(Wait a minute… that’s not a skill that’s described in their standardized curriculum… does that mean they can’t do it? Absolutely NOT! Give it a go and see what they can do!)

In another group I told a story that the Pokemon characters were going to join forces and battle together, thus joining their health numbers for a combined sum. We walked through the easier ways to add numbers that ended with zeros and students wrote and solved the addition problems.

For some, it was planting seeds to reading three digit numbers. For others it was extending their learning potential by harnessing the “light bulb” moment when they could figure something out on their own. Since I was right there with the small group, I could provide immediate feedback and correction as students completed the task.

Best of all, we completed all this learning in 15 MINUTES. That’s it! Fast, furious, and FUN!

In Chapter 11 of Play Like a Pirate, Quinn Rollins discusses all the different ways you can use trading cards in the classroom. It’s a great book for learning more about how you can embrace the power of play, increase student engagement, and make your teaching relevant to the world in which your students thrive.

The next time a student asks to take out their Pokemon cards in the classroom, take a peek at their cards and have them tell you more about their passion. You might be surprised to discover a new way to teach a common concept!

Whenever you see a group of people with one person

It’s such a simple thing, really. Make the decis

This is #momlife joy. I love that my kids enjoy be

Make 2020 a year of radiating joy and kindness to