This past week was a whirlwind. Literally. Wednesday afternoon, all afternoon activities were cancelled due to the threat of severe weather. I raced out of work to pick up my youngest from daycare, then headed straight home to hunker down with the rest of my children.

My daughter is deathly afraid of thunderstorms and tornados. Maybe it’s because we used to live in Memphis, TN and I had to place her in a closet for safety one too many times. Perhaps she can still recall the shelter-in-place drills at her daycare center, her small hands barely wide enough to cover her head as she cowered under a table in a tight ball. Whatever the reason, I knew that she would be anxious, so I wanted to get home as soon as possible.

The sky was overcast, but not a drop of precipitation was falling from the sky as I drove. By the time I got to the daycare center, the winds were starting to pick up, but nothing outrageous. A few raindrops finally splattered on my windshield as I pulled into my driveway.

It was February. In Virginia. I still had the snow boots lined up in the hall from the foot of snow that finally melted from a few weeks before. A thunderstorm this time of year was hard to imagine. A tornado? Unfathomable. We just don’t get weather like that.

Twenty minutes later, I saw these images on TV and quickly gathered my three children to squeeze into a narrow hall closet. 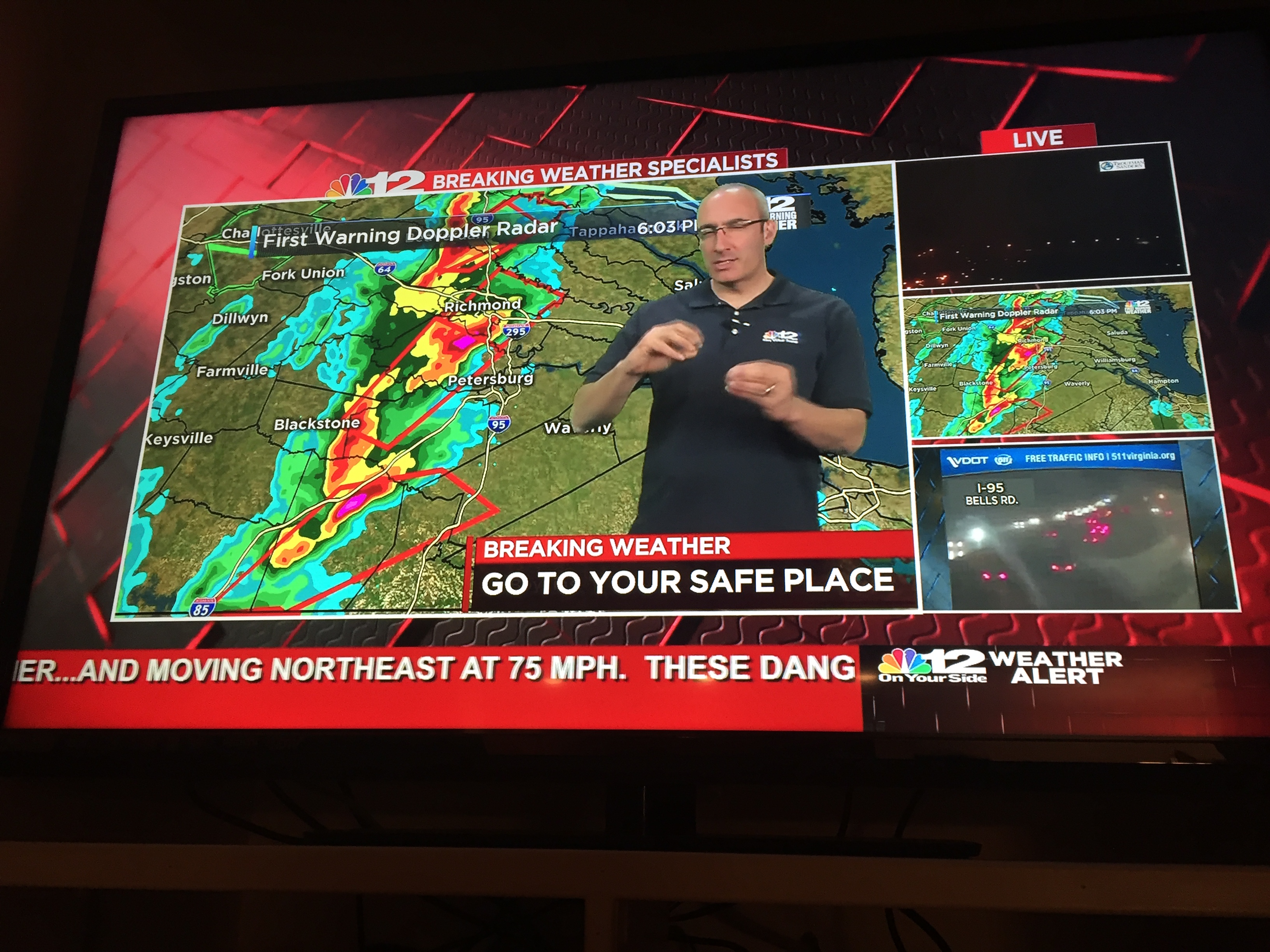 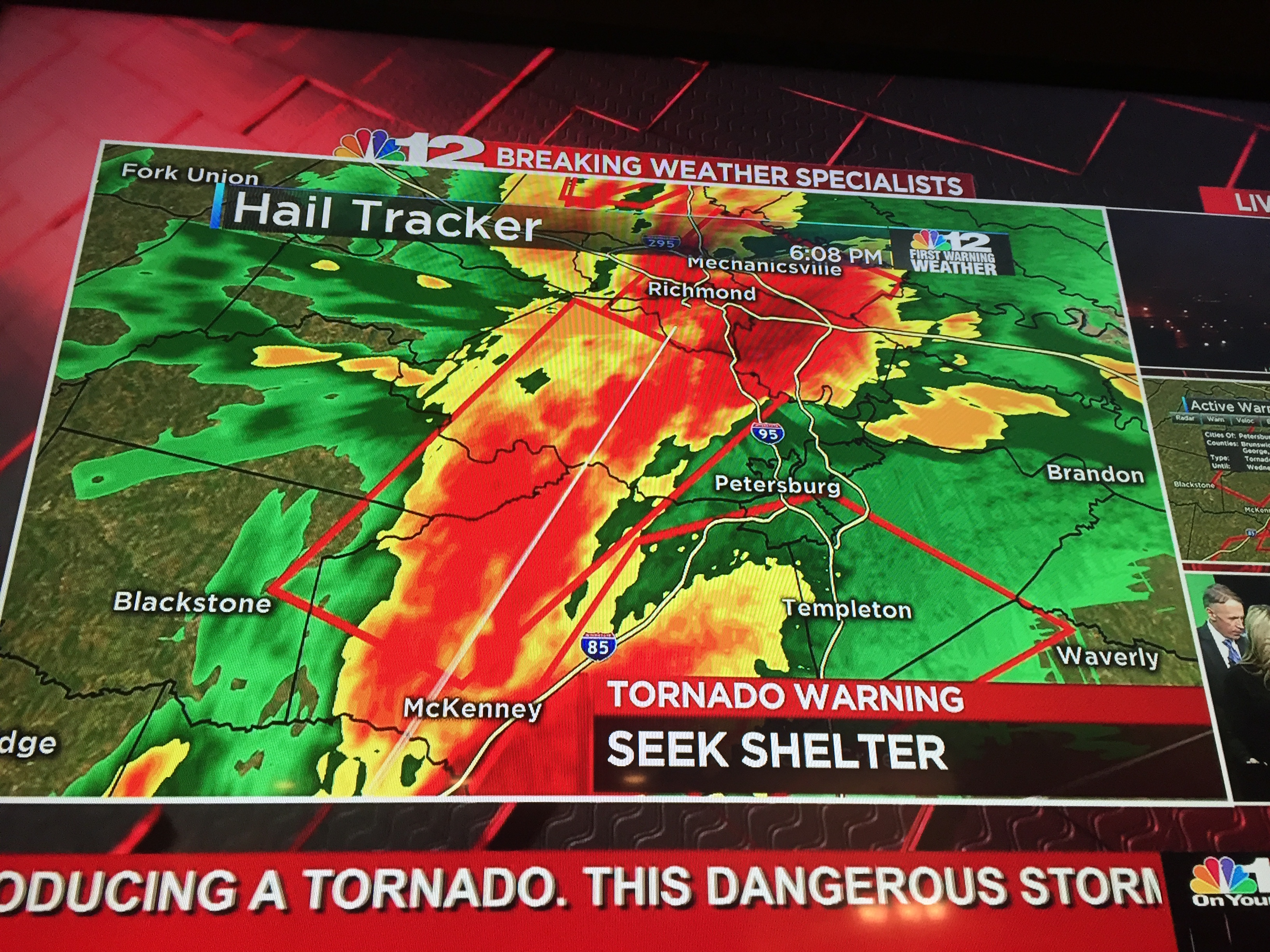 We were lucky. Our home was spared with no damage. The storm had passed and we left our cramped closet, breathing a sigh of relief. I opened my Facebook app and saw dozens of photos from friends doing the same thing as me, trying to make the best of a scary situation. I saw snapshots of kids in bathtubs with pillows, dogs and cats lying on tile floors, board games and snacks. Then I saw a photo that made me gasp. 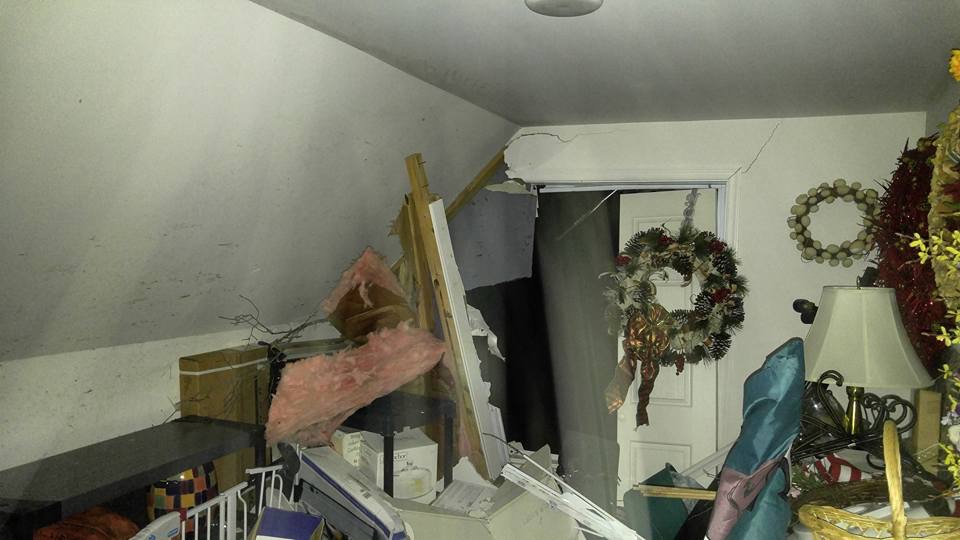 I actually did a double-take. Was that a door ripped from the frame of Kenneth’s upstairs room? I scrolled through his posting and saw image after image of the damage to his home. Doors blown off. Windows with shattered glass. Trees on cars and boats in trees. Even the crack in his hallway wall ominously told the story of what just happened. 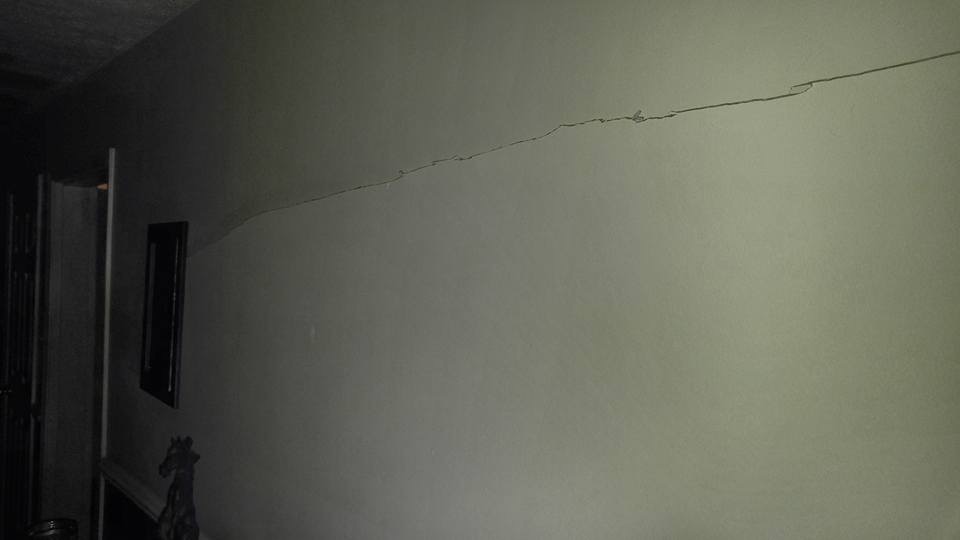 It could have been so much worse.

It was so much worse.

The next few days would reveal the destruction across the state. 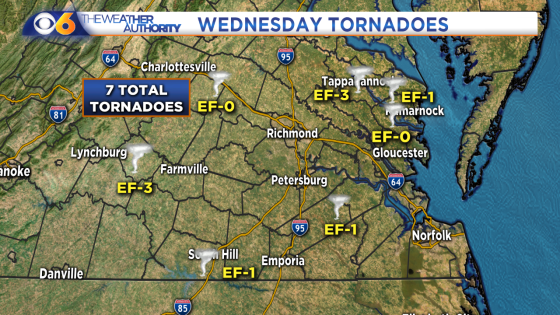 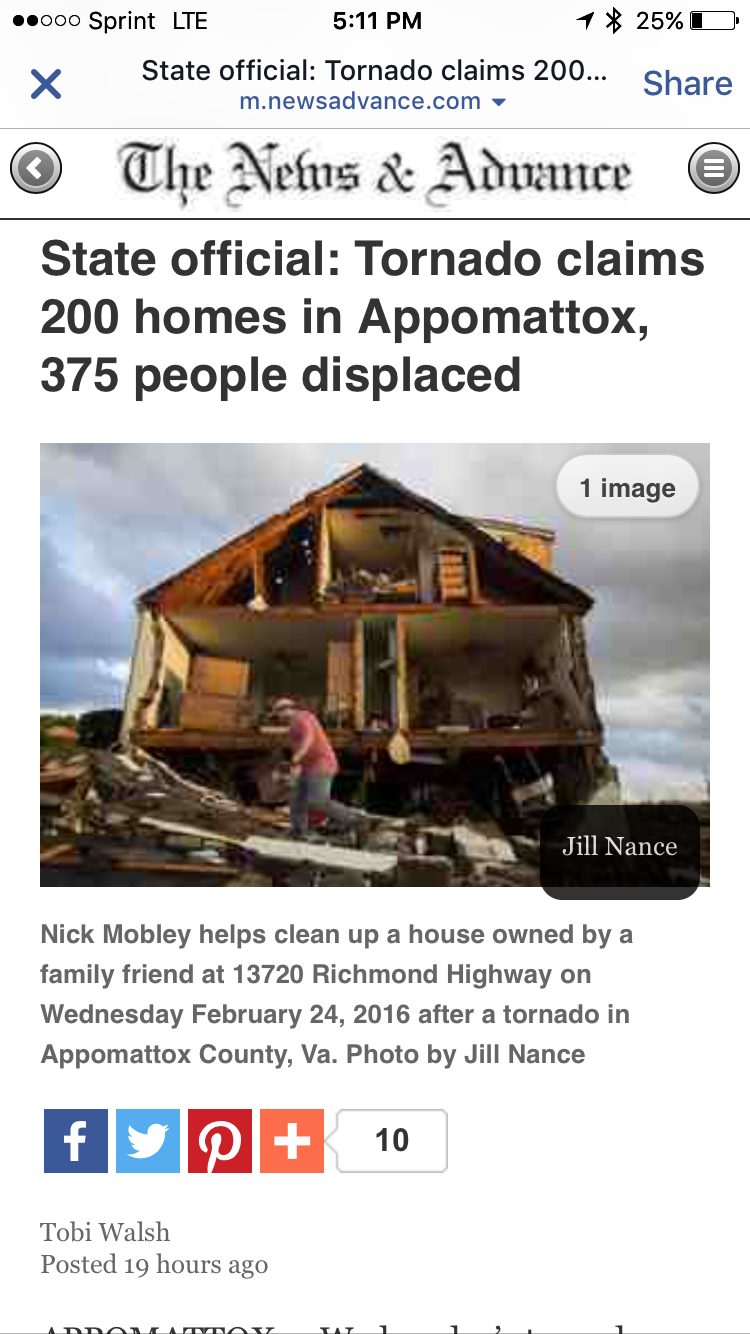 There were 3 deaths in Waverly. I couldn’t even wrap my brain around what had just happened.

And then, just as quickly as the storm blew its way through our town, the generosity of others poured in. 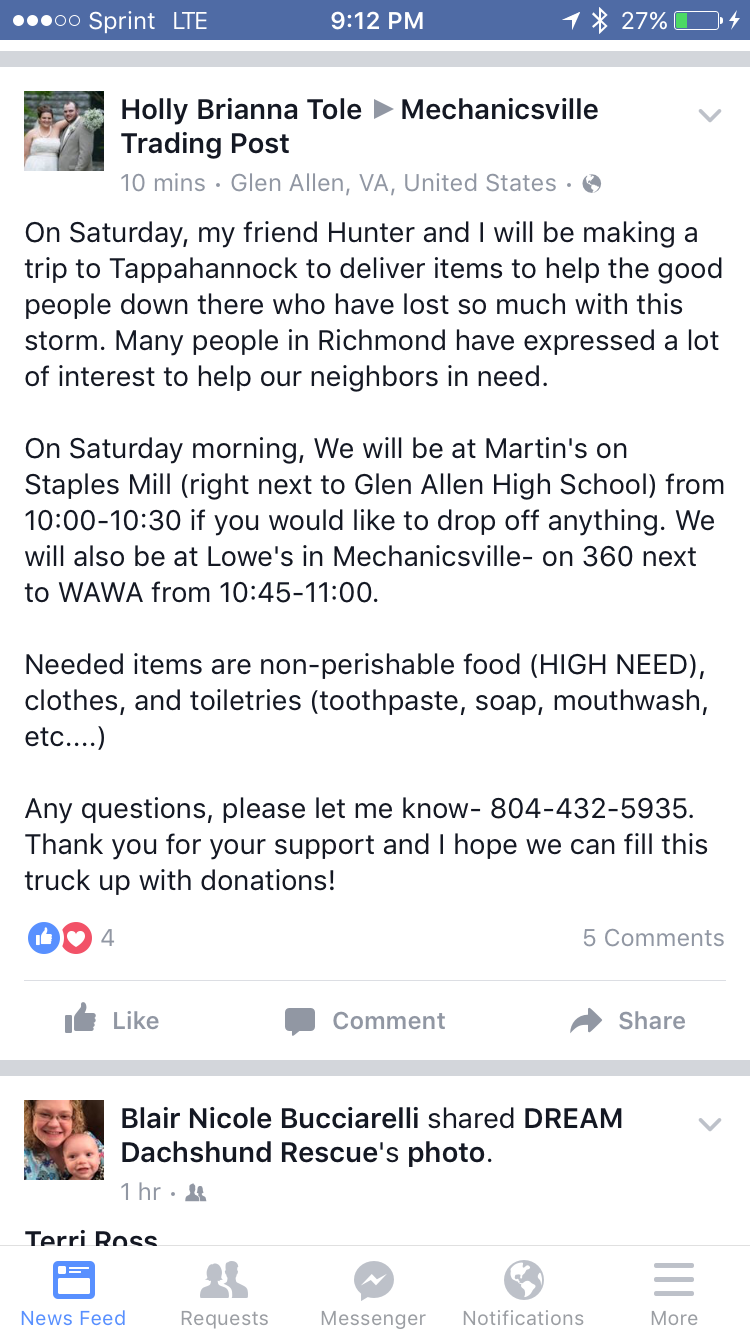 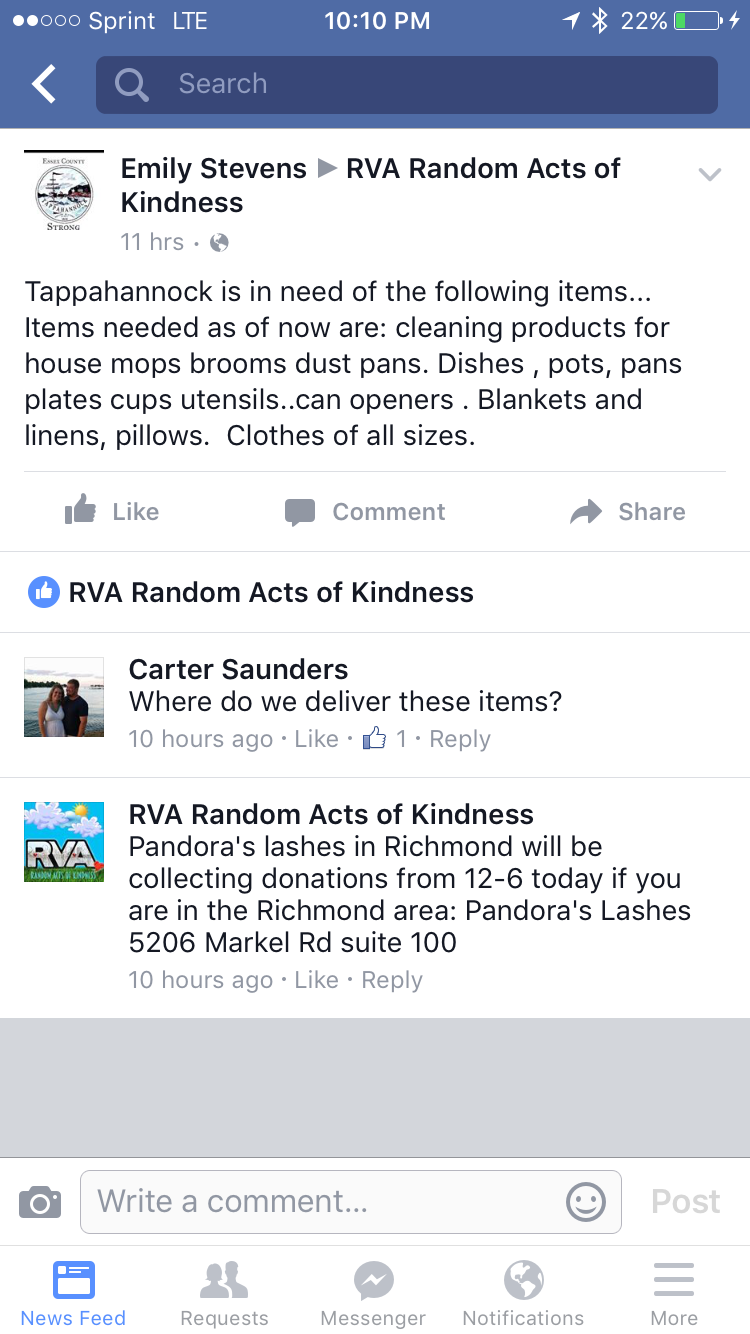 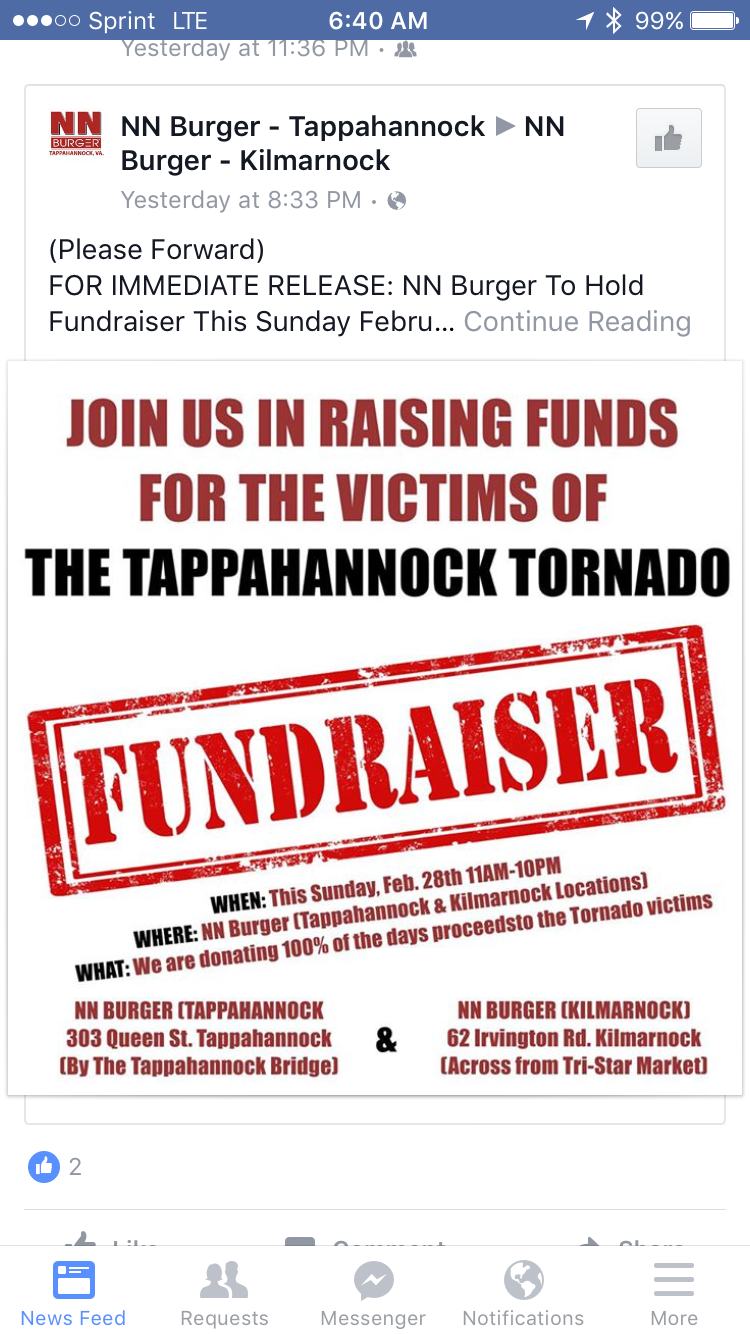 As Thursday came and the weekend approached, I noticed other people offering up their kindness in the midst of such unspeakable tragedy: 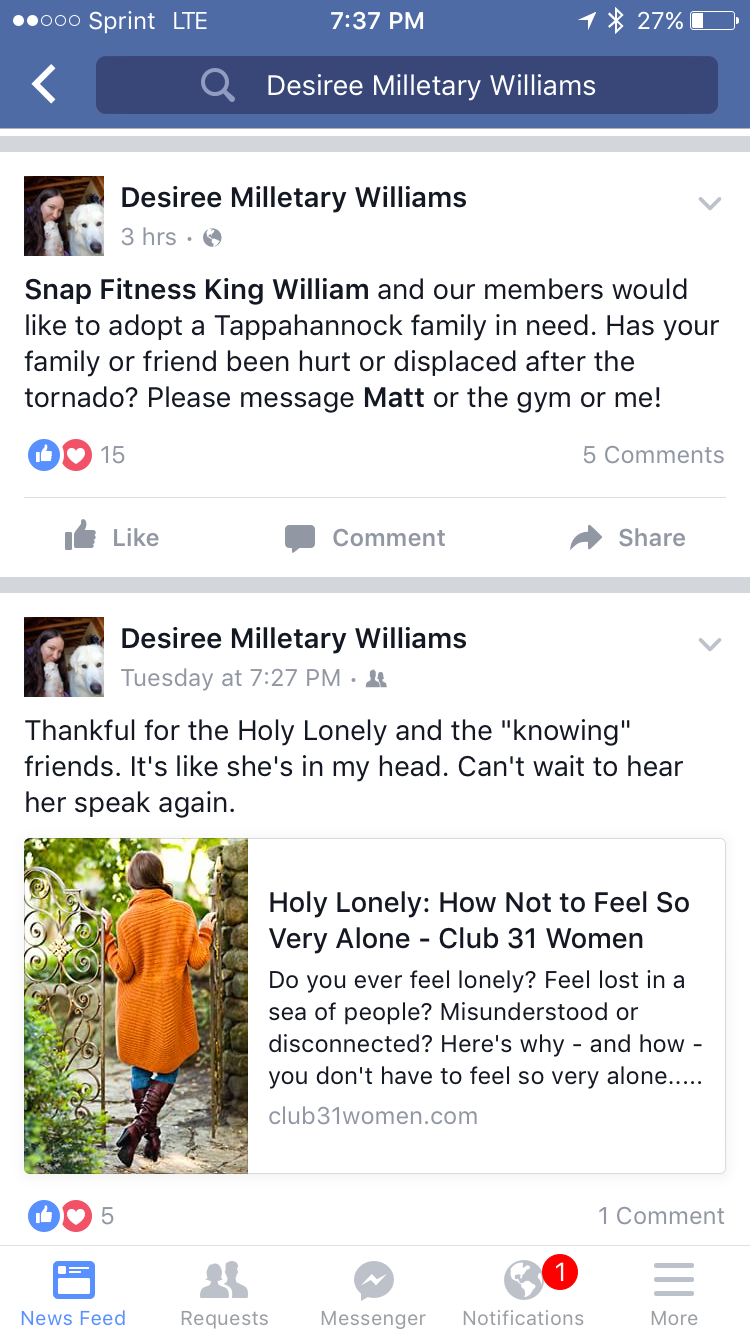 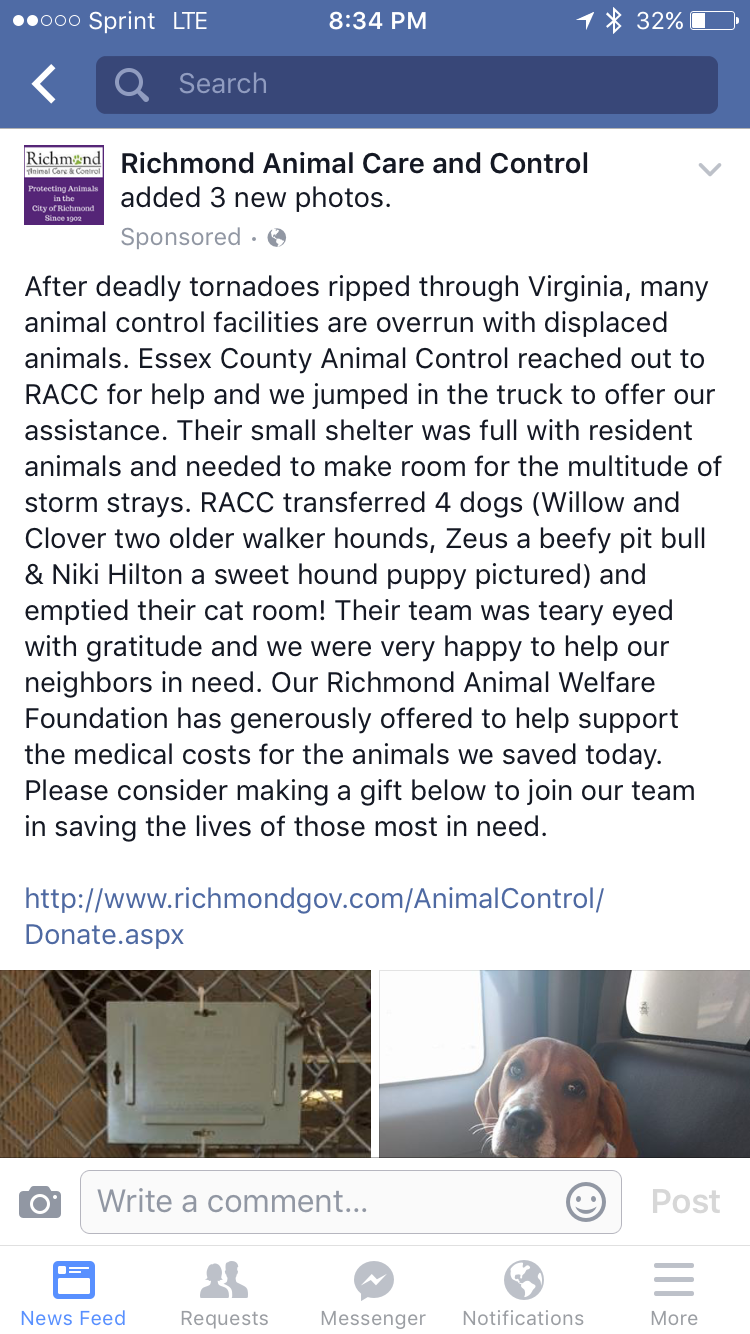 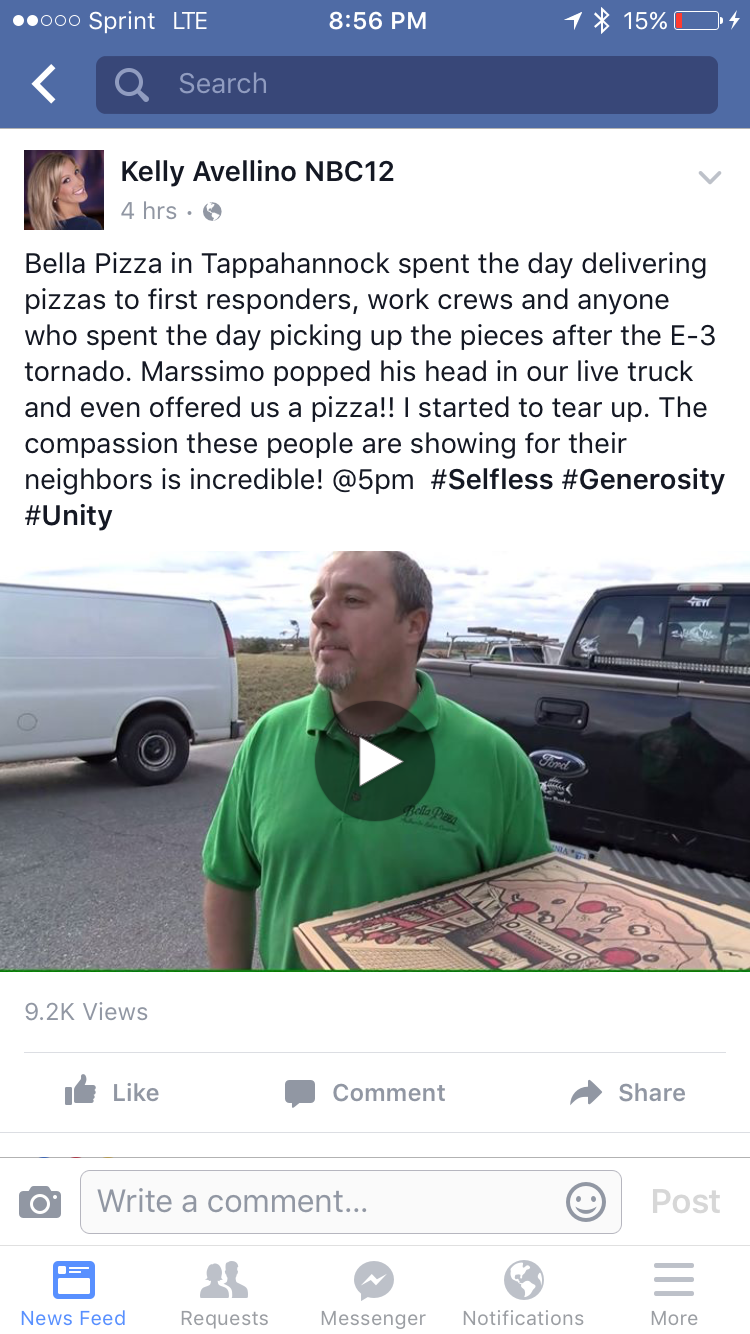 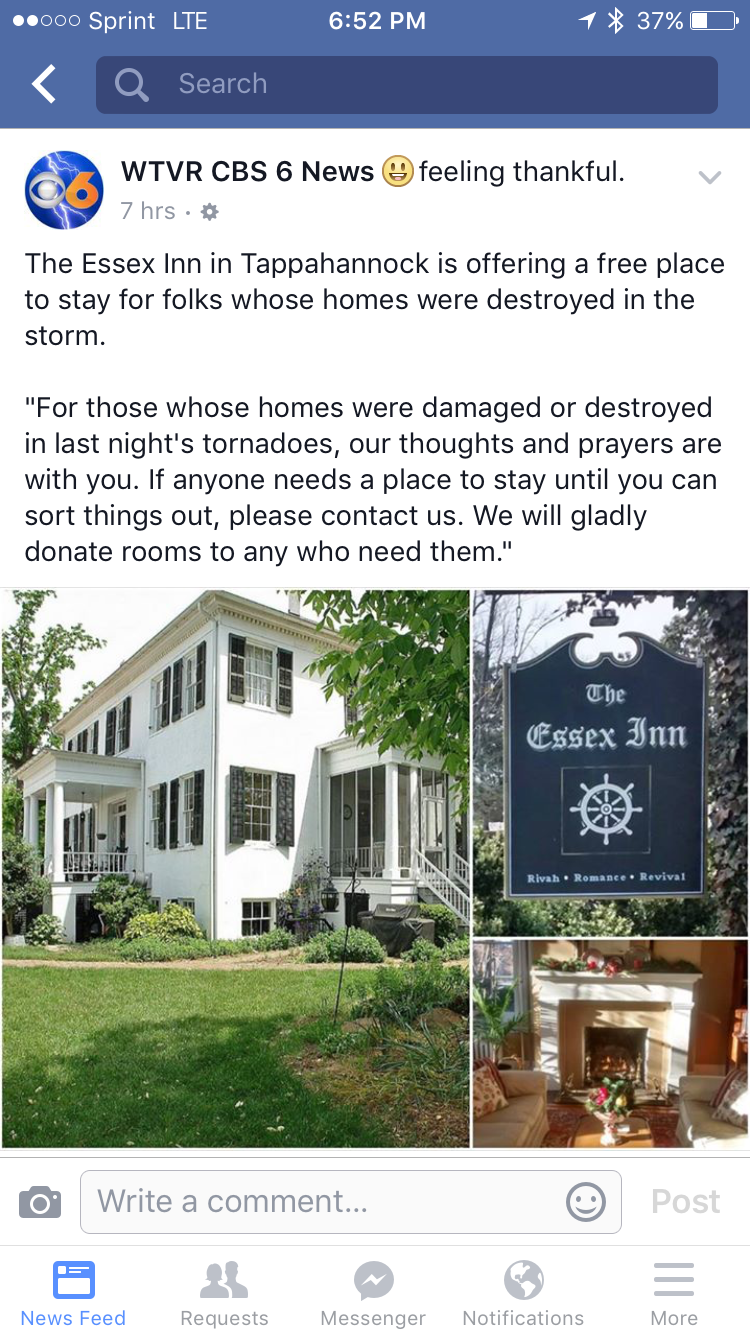 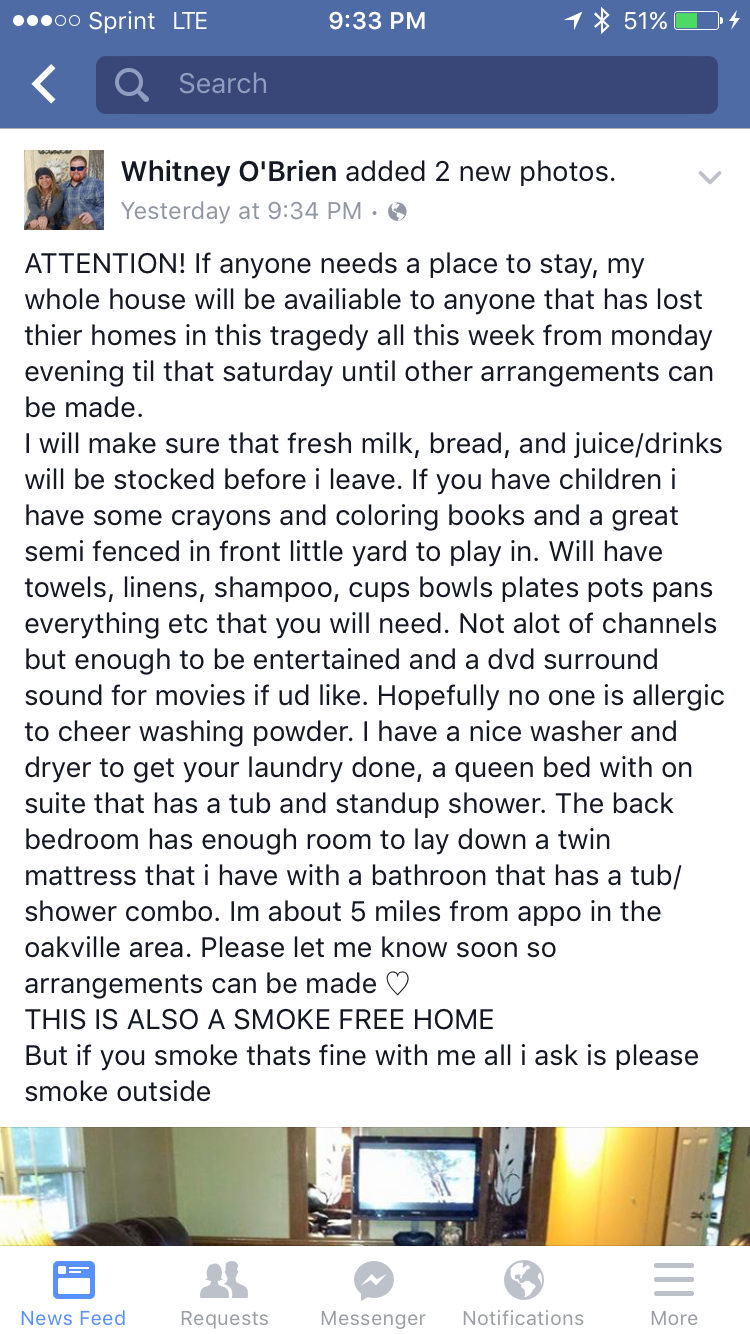 It’s nice to know that in the face of desperation and despair, there are good people around to lend a hand and make a difference. I am blessed to live in such a supportive community! May we always take the opportunity to help when we can, for there may come a time when we will be the ones in need.