Today is an exciting day! After two years of diligently saving and planning, our family began a once-in-a-lifetime bucket list vacation: a Disney cruise to Alaska!

There will be many opportunities for random acts of kindness on this vacation and we couldn’t wait to get started. After counting down the months, weeks, and days, it was finally time to fly cross-country to Vancouver, Canada. 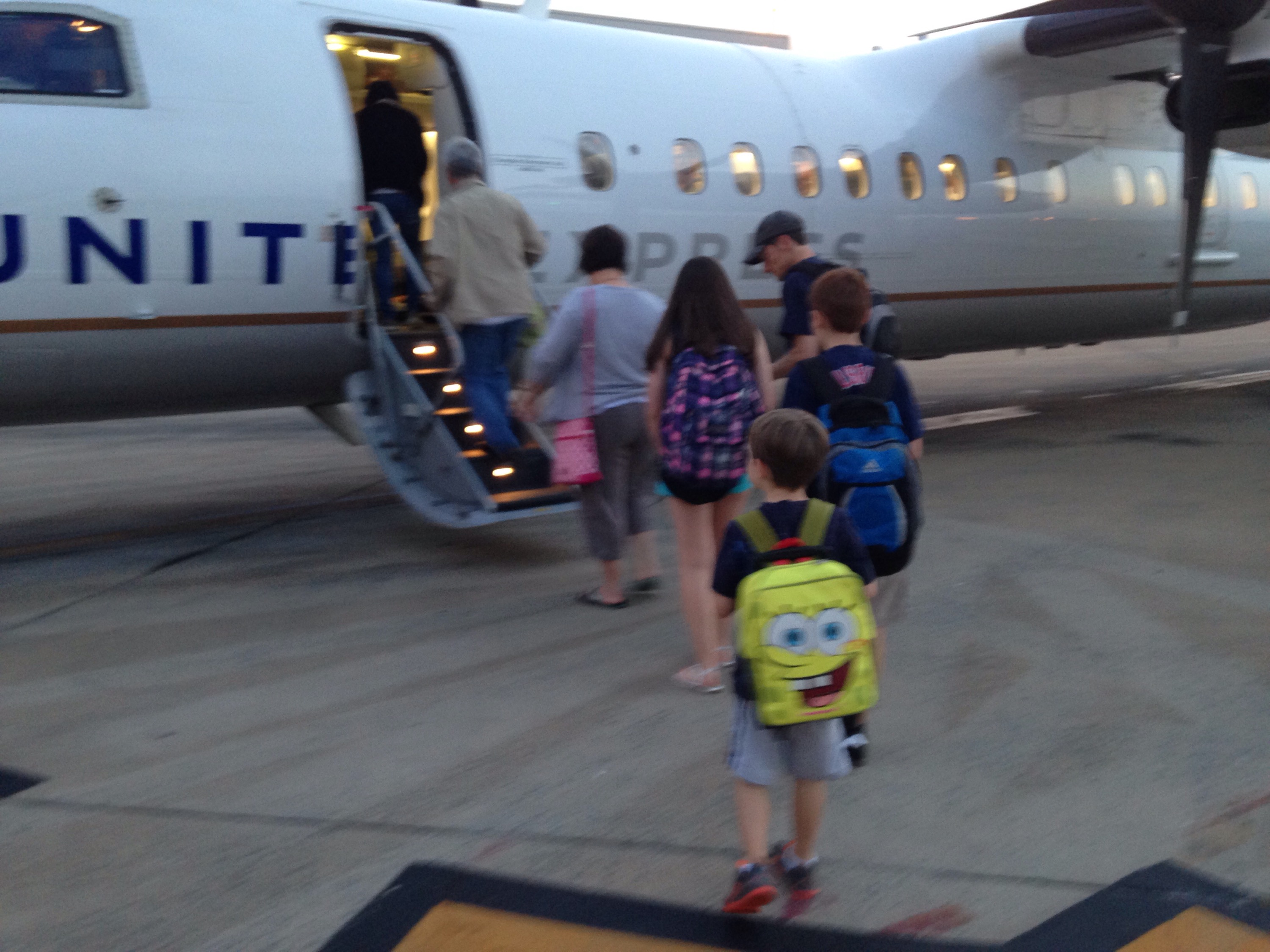 I’m not sure if you’ve ever traveled with young children before, but if you have you know there is a certain level of angst that accompanies a trip of this magnitude. Did you pack everything you need? Where are the boarding passes? Do you have all the passports? Does your suitcase weigh less than 50 lbs? (For the record, mine passed inspection at 48.5lbs. Eek!)

Hopping on for a one hour puddle jumper flight is a breeze.﻿ Settling in for more than 5 hours is another story. 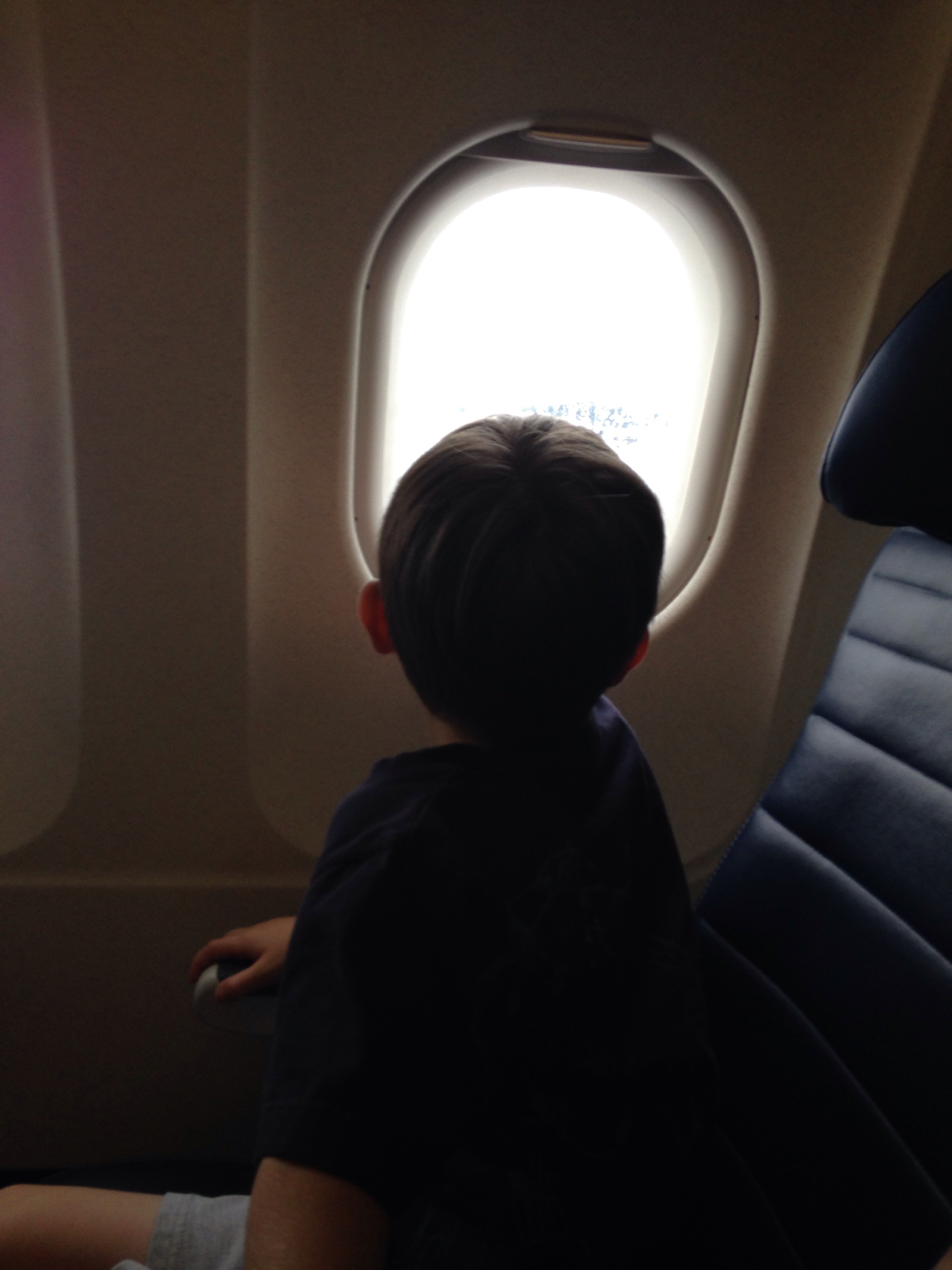 ﻿He fell asleep as we waited on the runway, missing the takeoff views so eagerly anticipated.

﻿﻿His slumber was much needed since we woke him at 3:30 AM to arrive at the airport for our early morning flight, the first flight of the day. We were hopeful he would rest for a few hours. 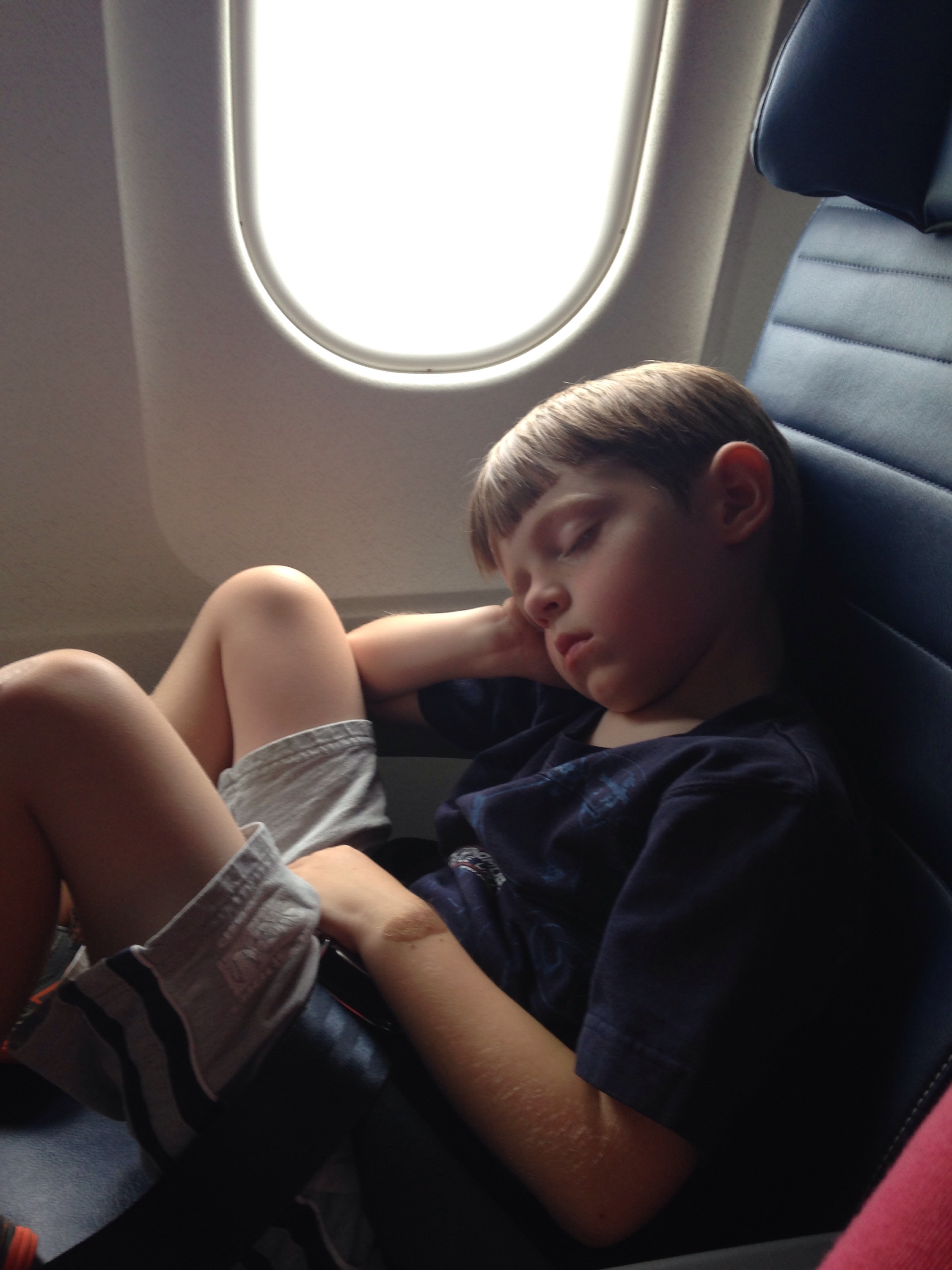 He slept for 20 minutes.

The next 4 and 1/2 hours loomed before us like a sand timer tipped to start again. He read books. He matched stickers. He played with his toys. He ate a snack and drank some juice. 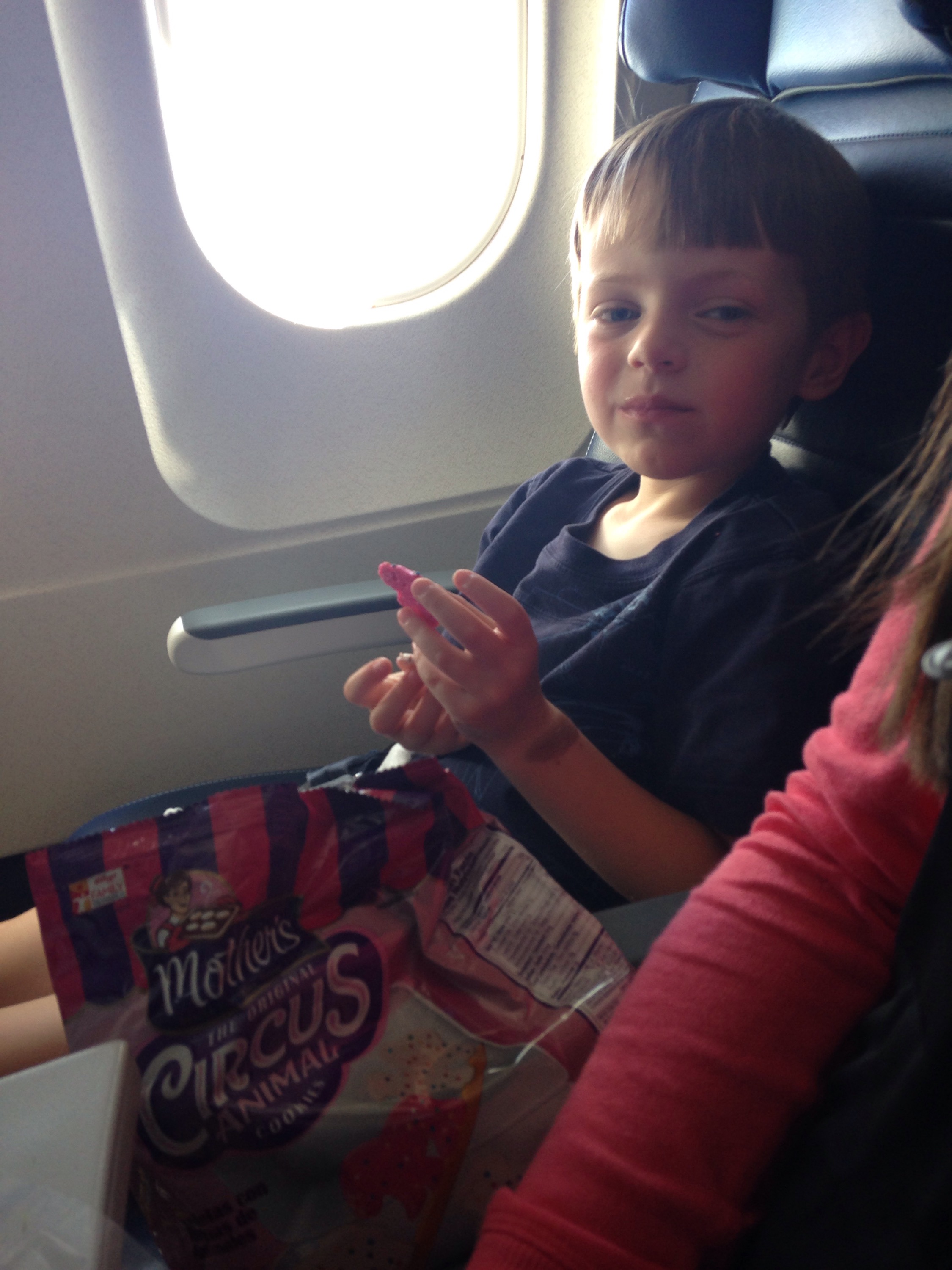 Since this was the first flight he could remember (he had flown once before as a baby,) he was mesmerized by everything around him: the window, the seatbelt, the mesh pocket, and especially the serving tray.

He discovered that the recessed drink holders made a perfect bed for his Paw Patrol pets with the tray transformed to a battleground as the Minions kept watch over their sleeping friends. 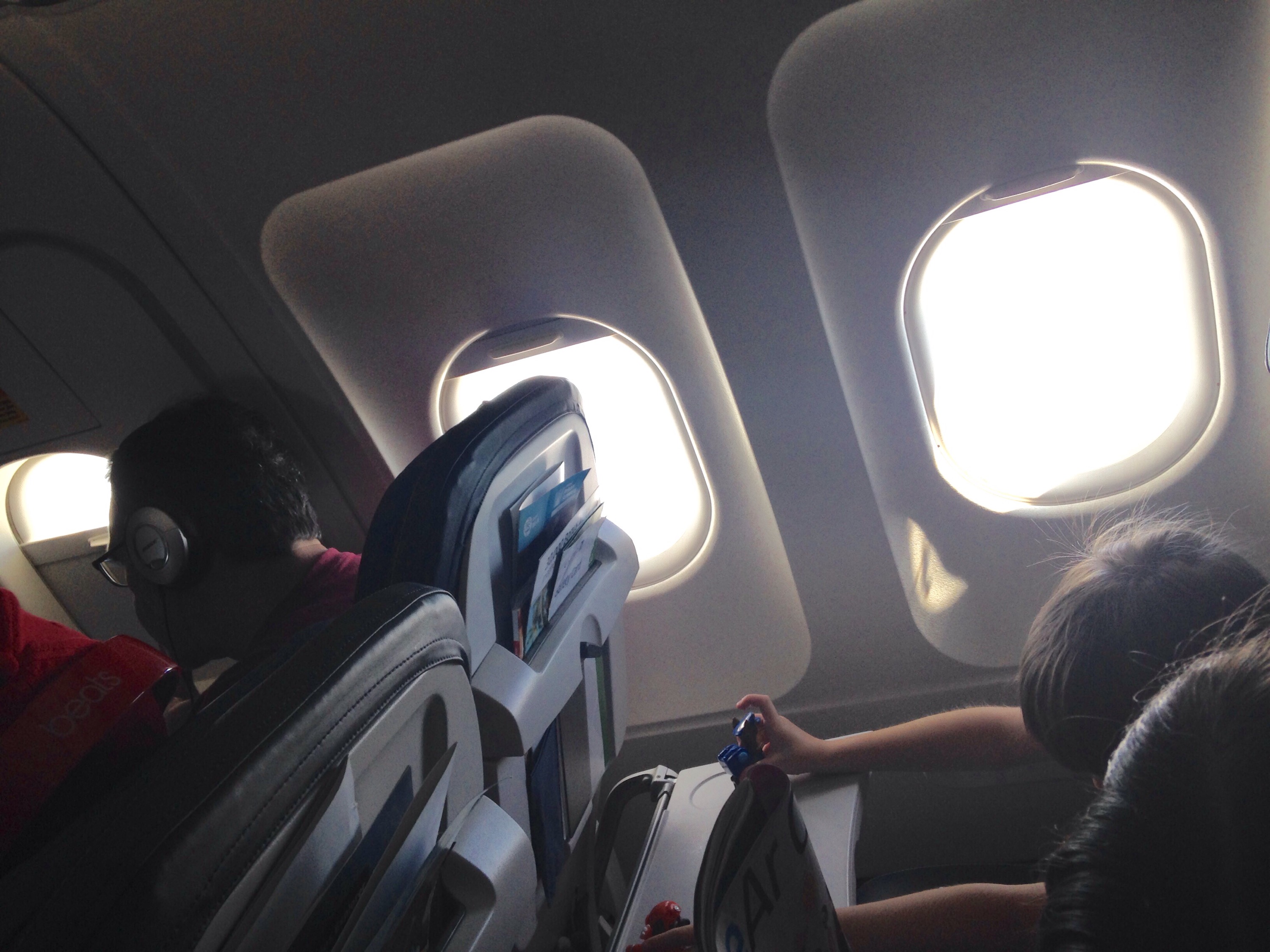 With all the movement of the tray going up and down, back and forth, I suddenly became aware of the gentleman sitting in front of my son, his seat shifting with each battle won. Ugh! I could only imagine this scene from the stranger’s perspective, yet he never once complained. I decided to write him a note of thanks. 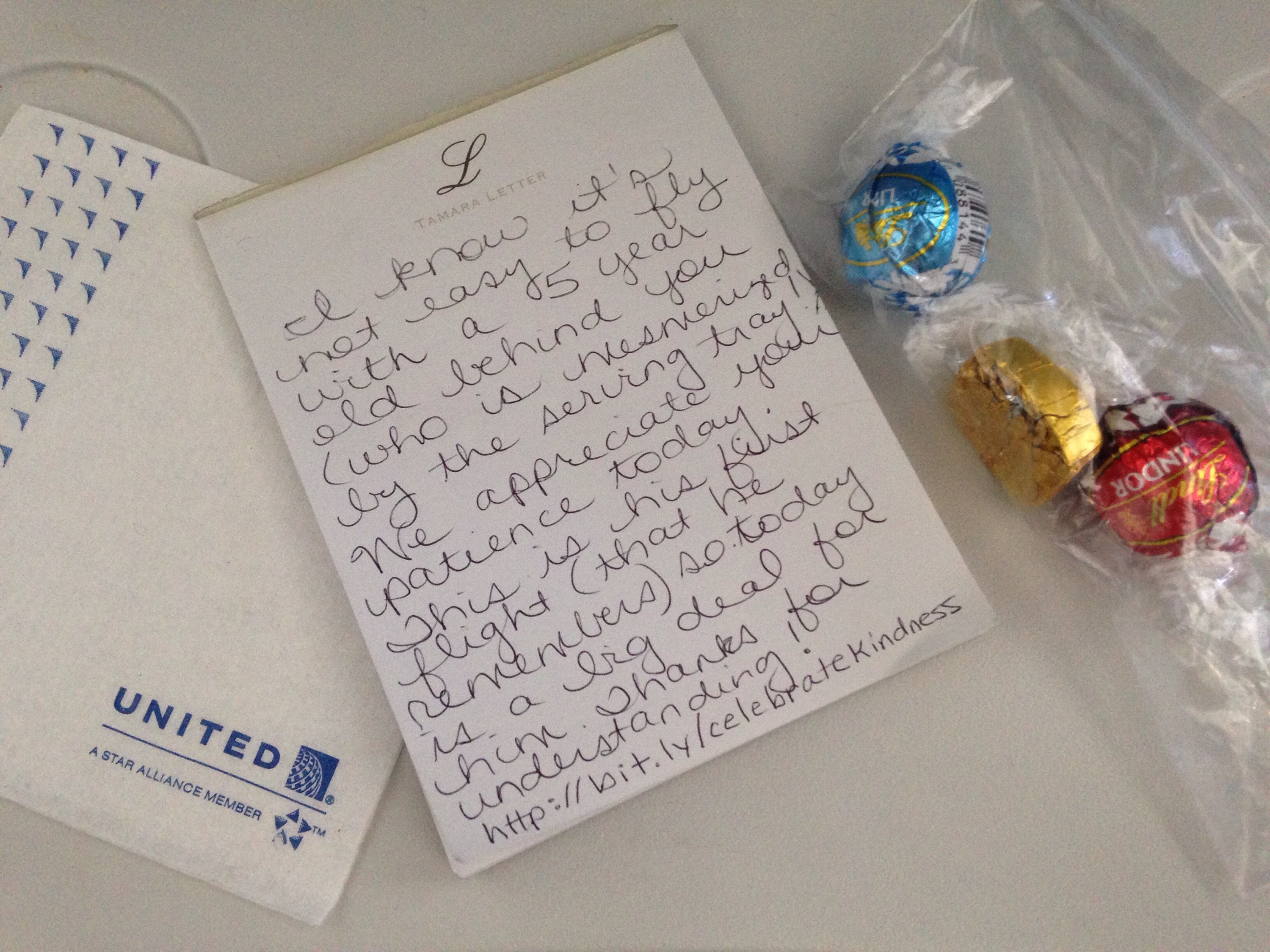 It was a long flight, made even longer by the lack of sleep from us all, but my little guy was a trooper, never once having a tantrum or meltdown. I was proud of his patience – quite an accomplishment from an over-tired five year old!

As the plane finally made its descent, I added some chocolate to the thank you note and handed it to the stranger as we landed and exited the plane.

Sometimes the understanding of complete strangers is enough to keep a smile on your face. 🙂