Last weekend my husband and I were in DC to celebrate our 20th anniversary.  (Yes, we’ve been married quite a long time!)  He chose a restaurant we had never been to before called Lincoln, which happened to be within walking distance of our hotel.  The serving staff was friendly, the food was flavorful and reasonably priced being a downtown restaurant, and we enjoyed the ambiance of the unique decorations. 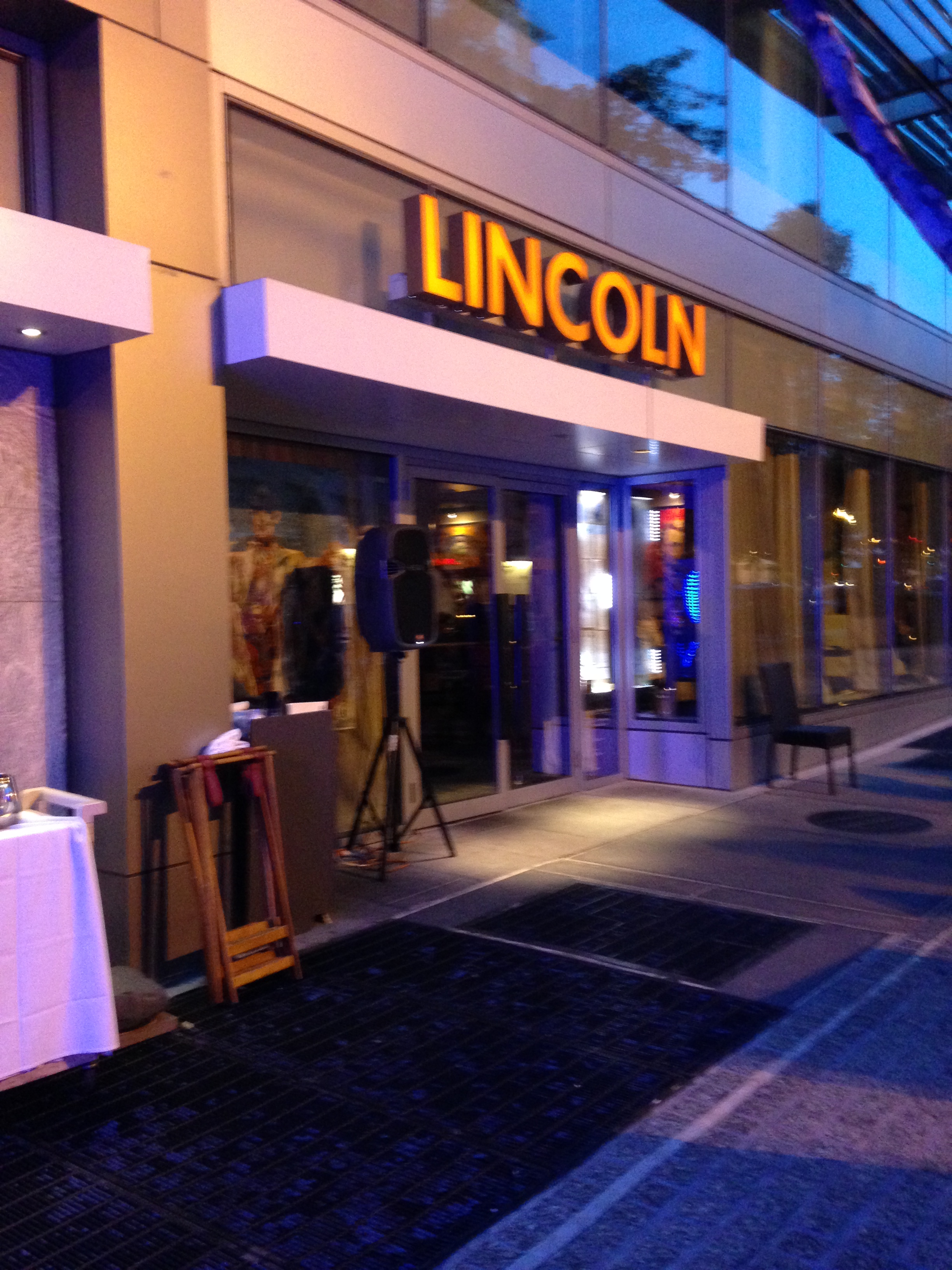 As we enjoyed our appetizer, we told the waitress we were celebrating our 20th anniversary and had her take a photo of us (after all, we will never be this young again, lol.)  Her name was Milena and she had a richness to her voice that matched her beautifully unique features.  We asked where she was from and she replied “Eastern Europe” with a smile that held secrets we dared not ask. 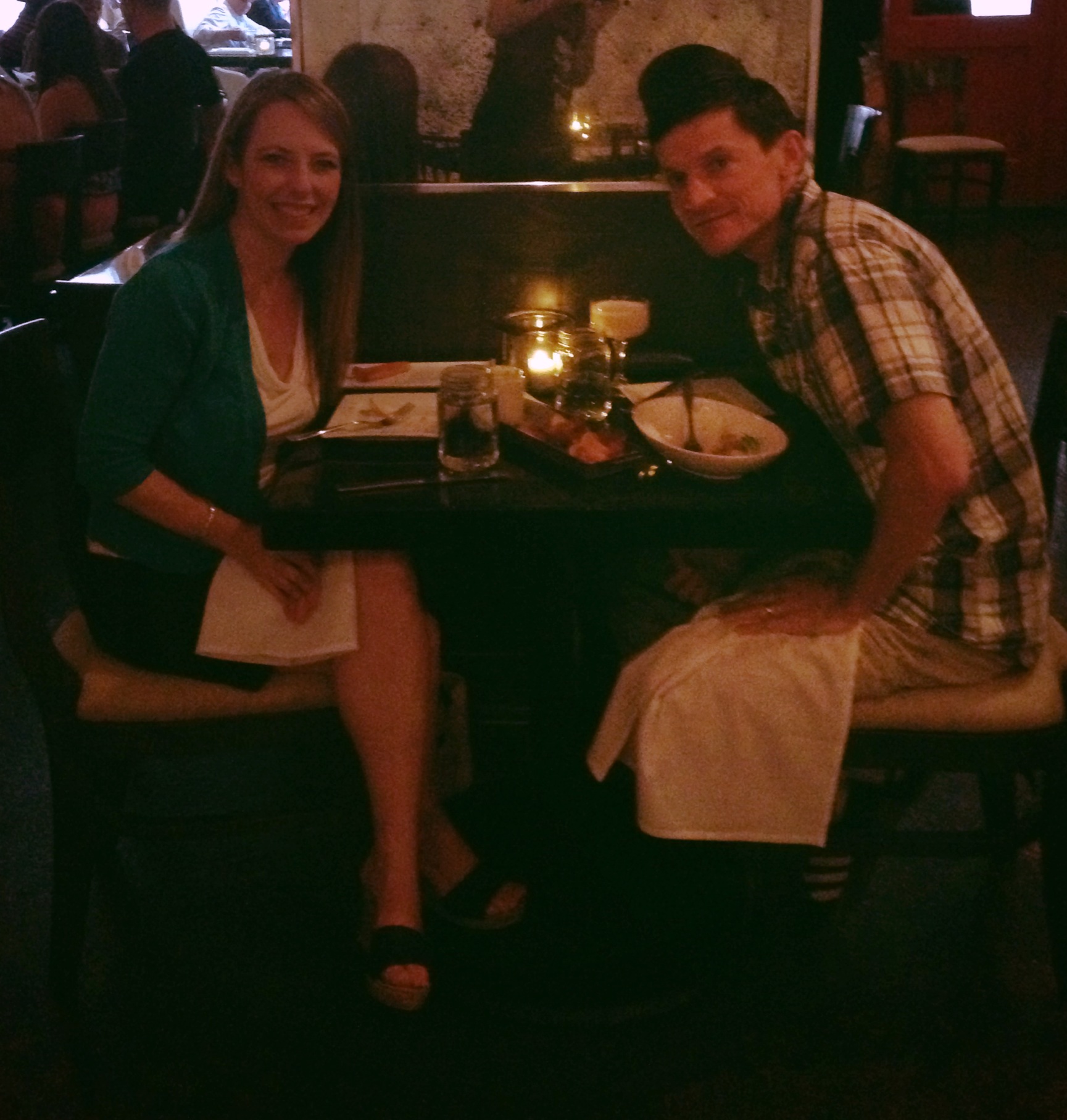 After dinner, we asked to see a dessert menu (something we rarely order, but felt we should since it was our anniversary.)   A few moments later, Milena returned not with a menu, but a slice of chocolate cheesecake with a lit candle in the top.  “For your anniversary.  From us.”  Oh my gosh, what a surprise!  I laughed in my delight!  We were being RAK’d by this new restaurant!

As we reveled in this unexpected surprise, the restaurant’s executive chef, Demetrio Zavala, approached our table to congratulate us on our anniversary.  “You need champagne!  A drink to celebrate!  I bring you whatever you want, on me.”  More surprises!  Such fun!  Who in their right mind would turn down free drinks and dessert?

If you are in Washington, DC, stop in adn enjoy a meal at Lincoln.  It’s not often in this day and age for a restaurant to provide anything for free (much less gourmet cheesecake and champagne!)… such random acts of kindness show a generous spirit and should be commended! 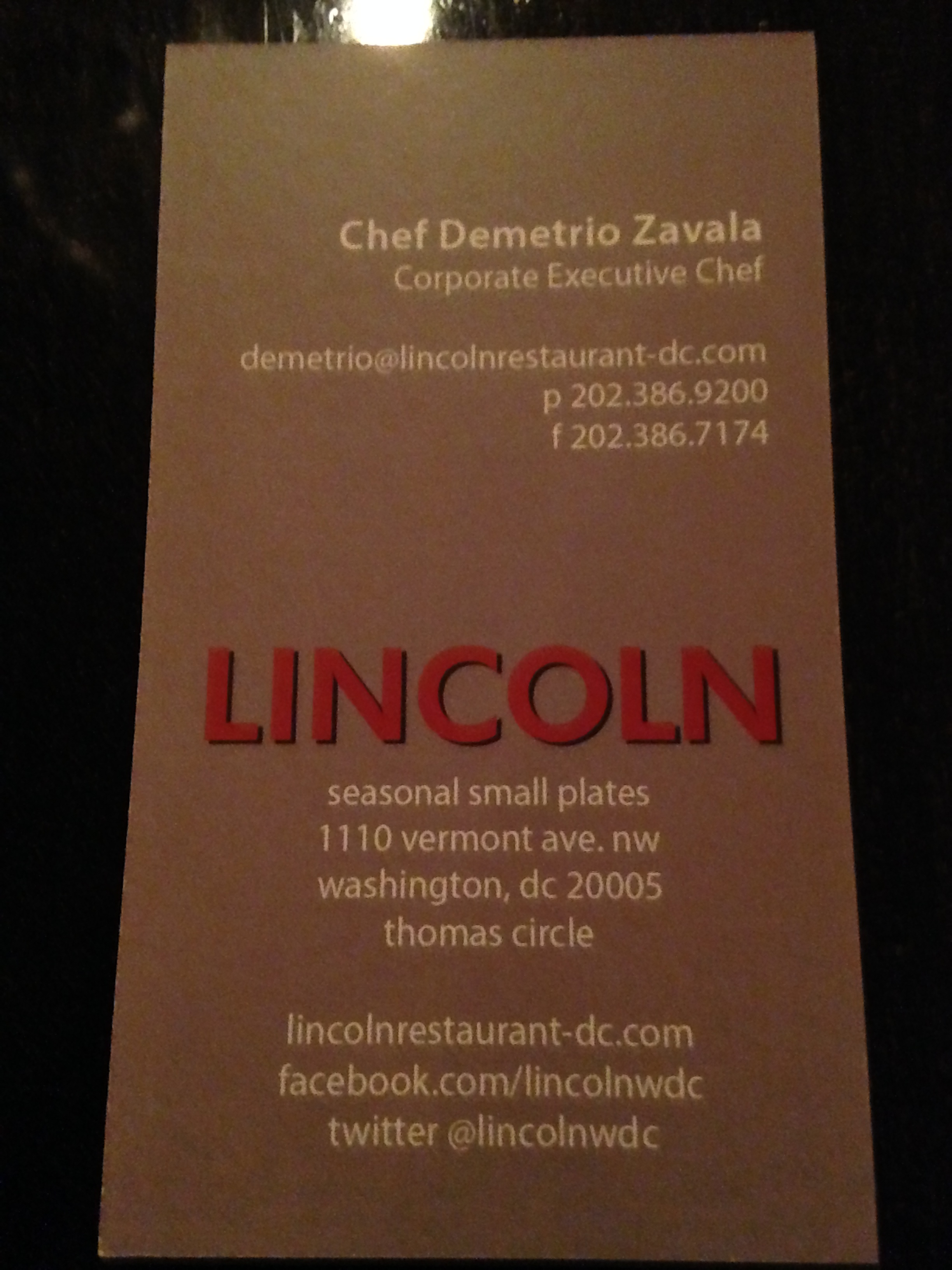 Be blessed this holiday weekend – more RAK stories to come!

You’re never too old for Easter baskets, even if

Life is short. Make sure you are filling your time

Many thanks to those who reached out to celebrate