This week as I was driving my boys home after school, I overheard a fascinating conversation about flowers.  Prior to entering the car, my youngest son picked a dandelion from the grass and proudly held it towards me.  “Mommy!  A flower for you!” 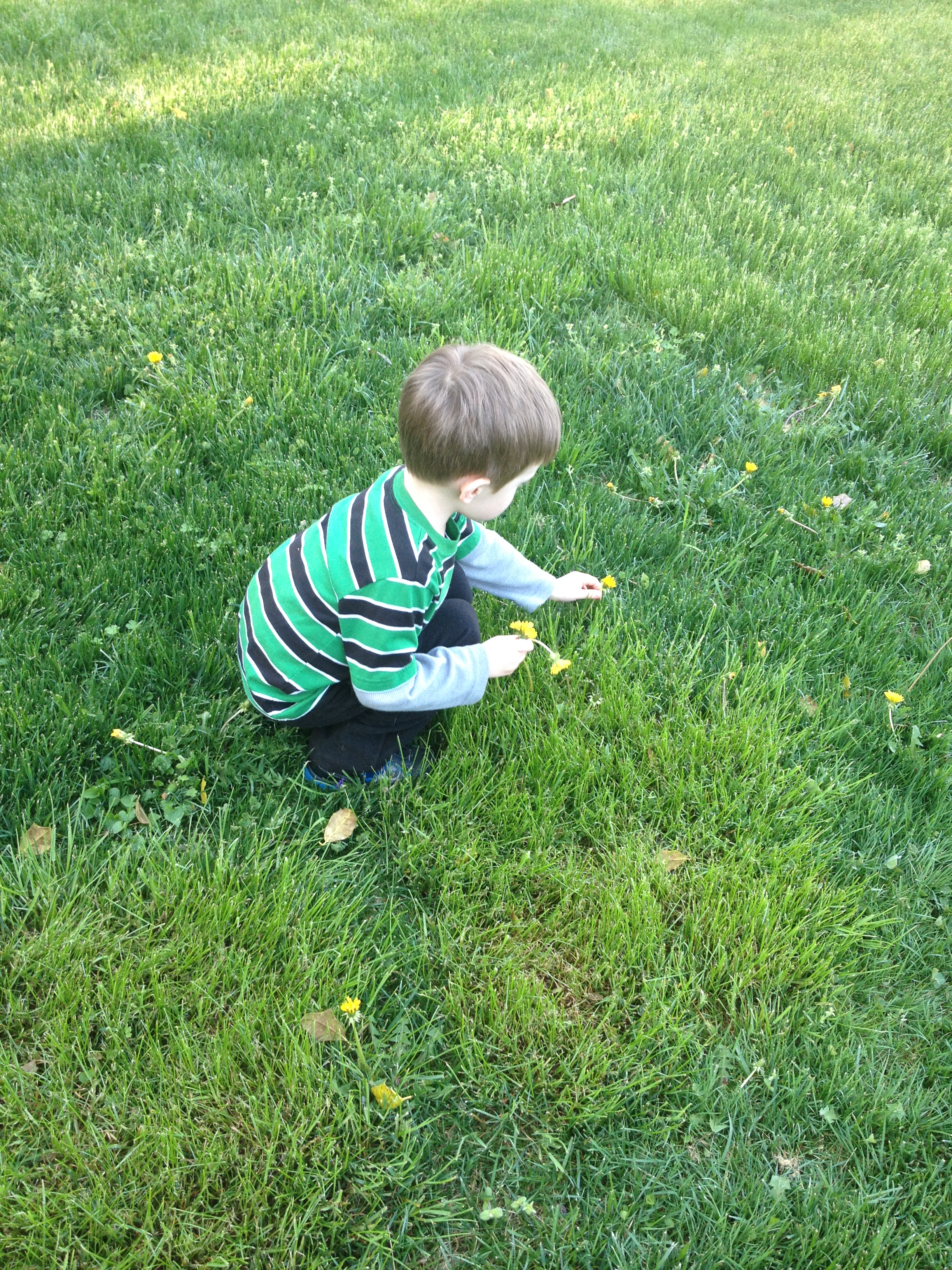 I accepted the yellow sunburst as if it was the most beautiful tulip, shining in the sun.  “Thank you so much!  I love it!”  Moments later I heard my oldest son sharing his own words of wisdom, gleaned from his vast 10 years of experience on this earth:

Such words of wisdom.  It took everything in my power not to interject with advice from a girl’s perspective.  I simply chuckled to myself and made a mental note to share a conversation with  my son before he asked a girl out on their first date, scouring the bins of Michael’s craft store for the most beautiful fake flowers money could buy, lol.

His comments did resonate in my brain, however, and gave me pause to think.  What is it about live flowers that have such a great appeal versus fake flowers?  Is it their brilliance in color that cannot be replicated?  Or maybe it’s their temporary presence, blooming only for a short time, reminding us all to enjoy beauty while it lasts.  I believe it’s a little of both. Artificial flowers, while pretty and everlasting, can’t quite compare to the real deal.

Which brings me to my 100th RAK blog post.  I wanted to do something extra special for this RAK and suddenly it became crystal clear what I could do.  But first, I needed to buy some flowers.  I wanted to visit my Grandma.  🙂

Today was a beautiful day for a drive.  Leaving the city behind and traveling where the green hills roll and white fences stand was blissful even in itself. Two dozen fresh tulips sat in the floorboard of my car, their subtle magenta petals starting to spread.  A folded garden flag  detailing daffodils and butterflies accompanied me on my journey along with a small bunny figurine. The drive was long, but peaceful, as all country drives should be. Within the hour, I arrived at my destination to deliver my flowers and gifts.

The ground was soft as I made my way from gravel to grass.  I could hear the birds chirping in the trees as they announced their pleasure at the return of spring.  The sky was a flawless blue, not a cloud to be seen, and the sun’s rays streamed down, warming me as I walked the short path to visit with my Grandma. 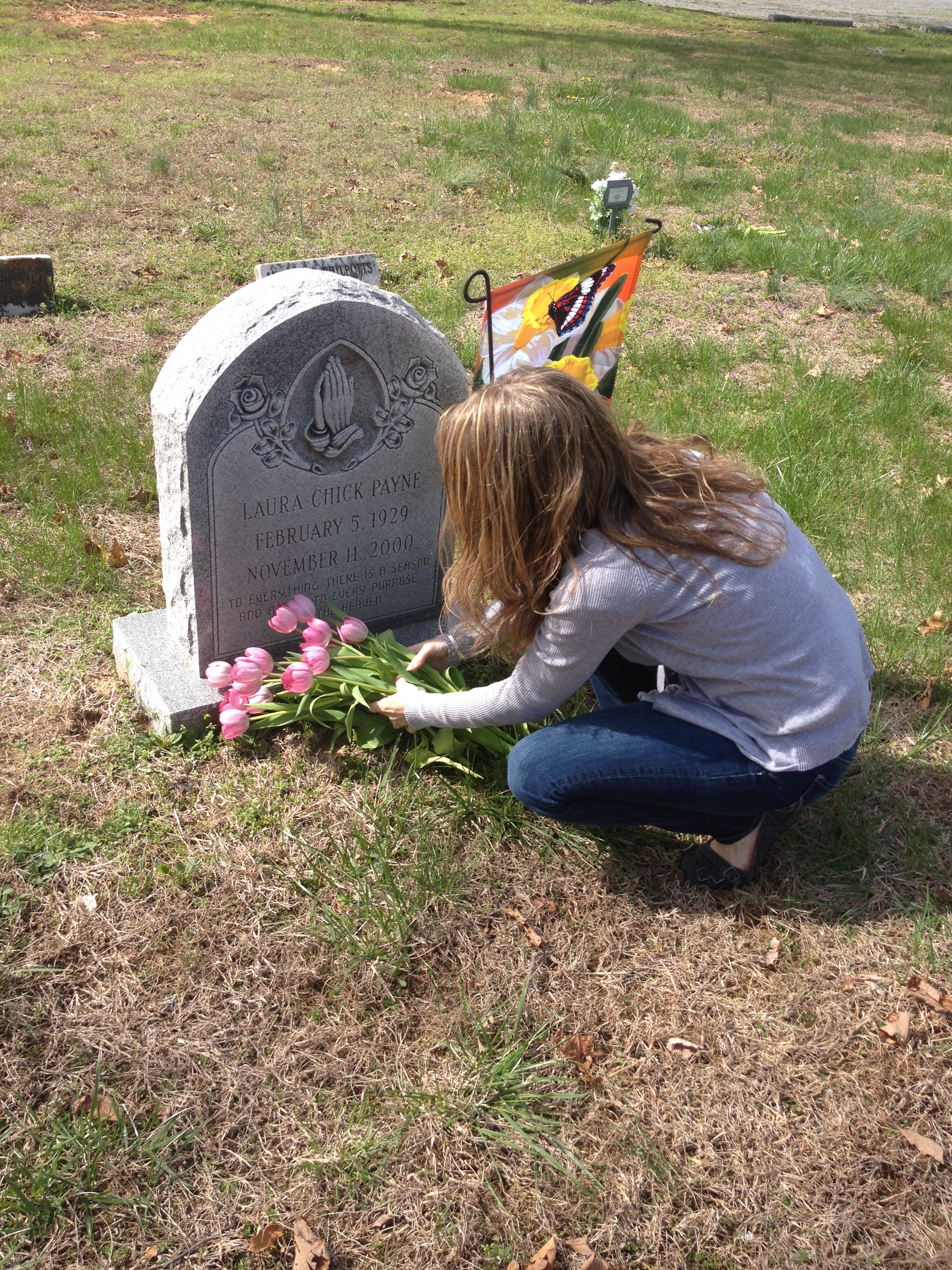 Now I could spend the next five hours telling you stories about my Grandma, about our family plot in this cemetery, about how she battled ovarian cancer for 6 years, about her unselfish love for me and all those she knew.  But this RAK wasn’t just about bringing flowers to my grandma and tidying up her grave.  This RAK was actually about Shelby Ann.

Many years ago, 27 years to be exact, my Grandma and I were in this same cemetery together, two spots to the left, changing out flowers on my Great-Grandma Chick’s grave.  Since this cemetery is shared by several families, we are always aware of “someone new” being buried here.  A small marker stuck out of the ground and said simply “Shelby Ann Menard 1984 – 1987”. My Grandma had heard on the local news that there had been a fire in a trailer home and a little three year old girl lost her life in the fire so we assumed this was where her body was put to rest.  We were both saddened to think of someone dying so young.  As we stared at the fresh mound of dirt, so small in length, my Grandma walked away and returned with a few flowers from the arrangement we had brought for our family member.  “She needs a few flowers.  She’s part of our family now.”

And so began the tradition of bringing Shelby Ann flowers, too.

Years and years of flowers have been brought to Shelby Ann, sometimes they remain and sometimes they do not.  We have never met her family during our visits, and for more than a decade her death was marked by nothing more than the initial marker provided by the funeral home.  We were surprised on one of our visits to discover her sweet name engraved on a plaque, shiny and new.  She was loved!  Oh, how wonderful! That joy was turned to sorrow when another visit revealed the corner of the plaque broken and chipped, apparently the unintentional victim of a lawn mower.

Have you ever wondered about the stories that a simple headstone can hold?  We live.  We die.  How many stories are lost with that final departure?  Who is left to tell Shelby Ann’s story?  Who will be left to tell mine or yours?  Weighty questions best saved for another day.

Today, for my 100th RAK, I brought flowers to my Grandma and a girl I never even knew.  And despite my son’s wonderful advice, I went with real instead of fake. 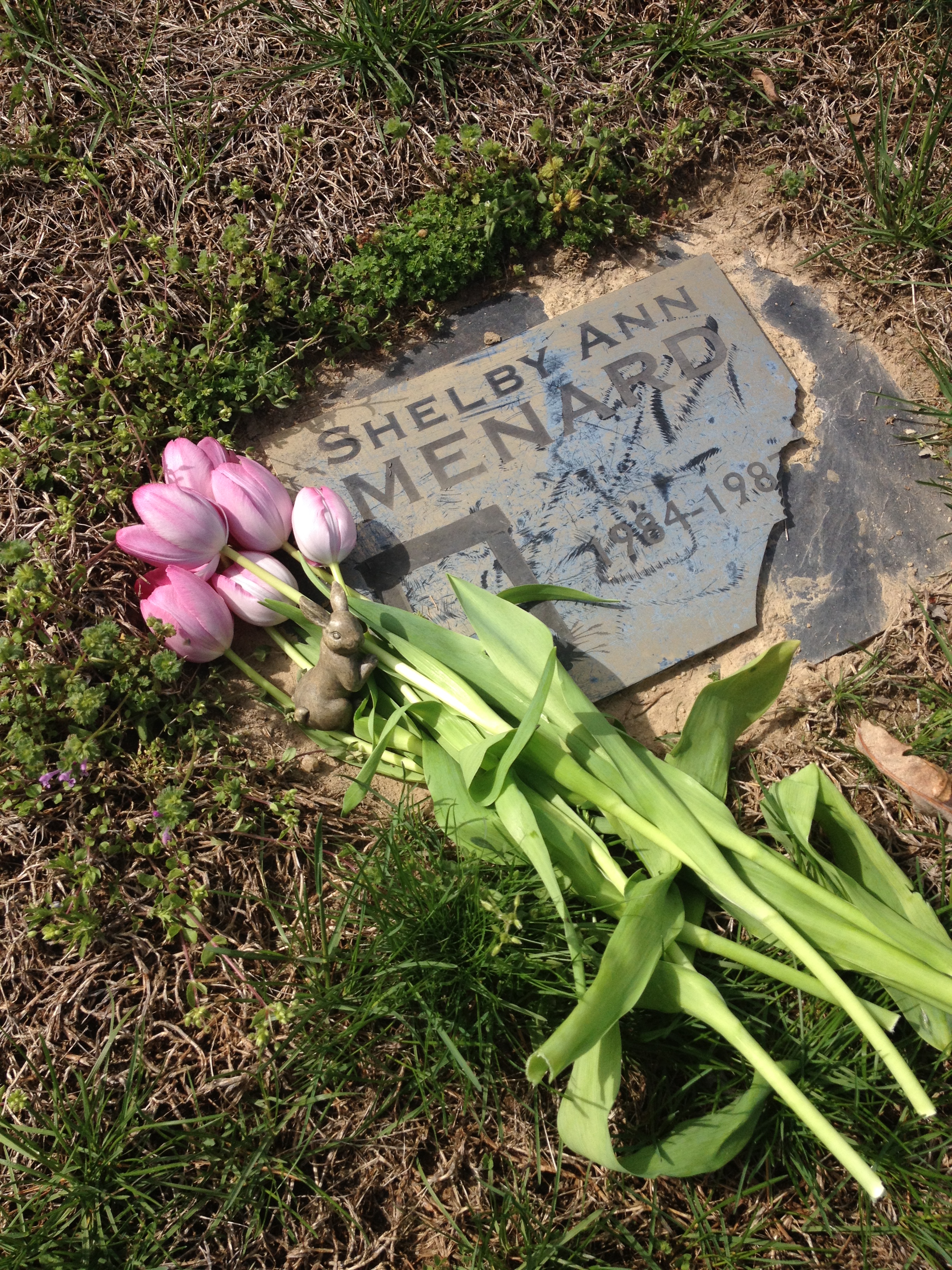 As we enter the Easter season, reflecting on the sacrifice Jesus made for us, think for a moment about a sacrifice you could make for someone else. Is there something you could do for another?  Jesus paid the ultimate sacrifice, dying on a cross, and no one can ever come close to that.  But you know what?  You can still give of yourself.  Your time.  Your compassion. You really can be the change you hear people talk about.  Even if the only “change” you do is bring flowers to someone’s grave.

Every act done in kindness matters.  🙂

Be blessed my friends and thank you again for sharing in my journey. Here’s to the next 100 RAKs!  Cheers!