Do you remember what it was like to be a kid in an arcade? Some of my earliest memories of arcade fun include birthday parties at Chuck E. Cheese and Bullwinkles, playing games to earn tickets that could be redeemed for trinkets and prizes. (If only the pinball machines at the Peaches record store gave out tickets and prizes! Oh wait… Did I just reveal my age yet again by referencing a record store?)

Once when I was eight years old, my dad emptied his huge glass coin jar where he kept his spare change and told me to sort out all the quarters. There must have been 80 quarters in that jar! Little did I know at the time, but my dad was planning his own random act of kindness for me. After I had all the coins separated in neat piles (assuming we were going to put them in rolls and deposit them in the bank), he told me to grab all the quarters because we were going to spend each and every one! On arcade games! Just the two of us! Even now, more than 30 years later, I can still remember the complete and utter joy of that moment. Pure bliss!

Well, my children get just as excited about going to any type of arcade, whether it’s Chuck E. Cheese, Stevie B’s or Dave and Buster’s. One day as I was having a Mommy date with my boys, I decided to surprise them with a visit to a local arcade. Since this is a rare event, they were ecstatic to transform their crisp dollar bills into shiny gold tokens to spend on any game of their choice. I don’t know what was more fun: watching them walk from game to game pondering which game would provide the best probability for tickets, or watching them actually playing the games! 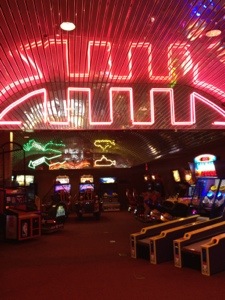 As I walked from game to game, I noticed the other children in the arcade. Several had parents or grandparents nearby, but there were a few who wandered around, looking longingly at games they had no tokens to play. I saw one young boy stoop to the floor to look under the game stool, apparently searching for a discarded token possibly left by mistake.

And then I knew. My next Random Act of Kindness! As my children were cashing out their tickets at the gift counter, I quickly ran to the token machine and purchased a few dollars worth of tokens. 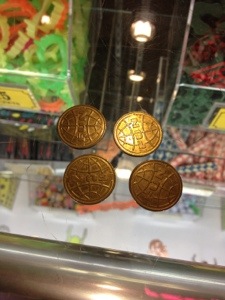 I then went around and strategically left the tokens where they could be found by others. 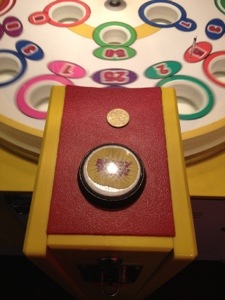 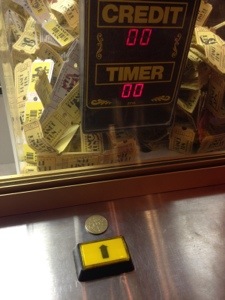 I even made sure to leave two tokens for the more expensive games. 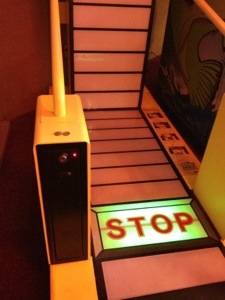 Oh to be a child again! The absolute bliss to receive an unexpected surprise! Sure, this act of kindness cost me a dollar or two, but I think it was money well spent. Nothing can beat putting a smile on a child’s face. 🙂

Be blessed, my friends, and think of how YOU can bless a child today!

A new year is a perfect time for new beginnings. R

A new year filled with hope for a better tomorrow.

December is a hard month for many. Perhaps we can

Today @katrina_letter and I enjoyed a grown-up tea